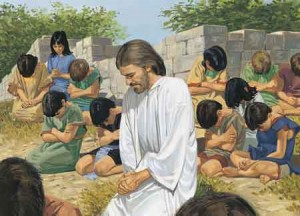 Being confronted with such a vision of God Almighty, Isaiah could only declare, END_OF_DOCUMENT_TOKEN_TO_BE_REPLACED 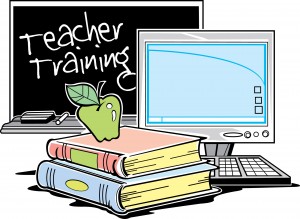 Earlier this Fall 45-50 Children’s Ministry teachers and helpers gathered for a full morning for our annual TNT (Teacher eNrichment Time). This training was designed to inspire and instruct our workers for the vital and eternally significant work they do with our children.

The morning began with a word from our elder, Bill Eaton, who shared not only his appreciation for the ministry to children, but also urged those in attendance to faithfulness in this important work. A time of worship followed that brought us to remember the vastness of the power and love of the God whom we serve.

I led our General Session walking through our statement of mission, values and vision. How important it is for us never to lose sight of why we do what we do and what we are hoping God to accomplish through us to His glory and for the eternal good of our children.

After the General Session we were treated to an interview. Amanda Perkins, our Director of Preschool Discipleship, interviewed Megan Holm who shared how the ministry at CBC was formative in her life, equipping her both for her role as a parent and now as a teacher in Children’s Ministry. It was wonderful to see a living example of the impact we would hope for in all our children’s lives.

Our time concluded with the attendance of various seminars. Susie Baldwin led a much appreciated session on Classroom Management. Rachael White helped our teachers know how to better prepare and present a lesson. Ruth Elwardt got our creative juices going in her session on effective methods of teaching memory verses. I also led a session on the importance of application, helping our teachers understand what a Christ-focused application of Scripture looks like.

Now it might be asked why we call out a group of nearly 50 people to spend a whole morning attending a conference like this. The answer is simple…the work that we do with children matters. We weekly present to them the Word of God which has the power to lead them to salvation and life in Christ. We want to do this well. We must do this well. So, we unashamedly gather our teachers and workers to inspire and equip them for this work among our children that truly matters.